In 2020, a written list came to light, detailing many songs from the group's then current repertoire, under the sub-headings, Paul, George and Instries [instrumentals]. Given these sub-headings, and what we know of the songs, the names refer to the lead singer.

The list was first pictured in a re-issue package of Paul's Flaming Pie album, and includes several original Beatles compositions among the famous hits, as well as a few which we cannot identify either way. 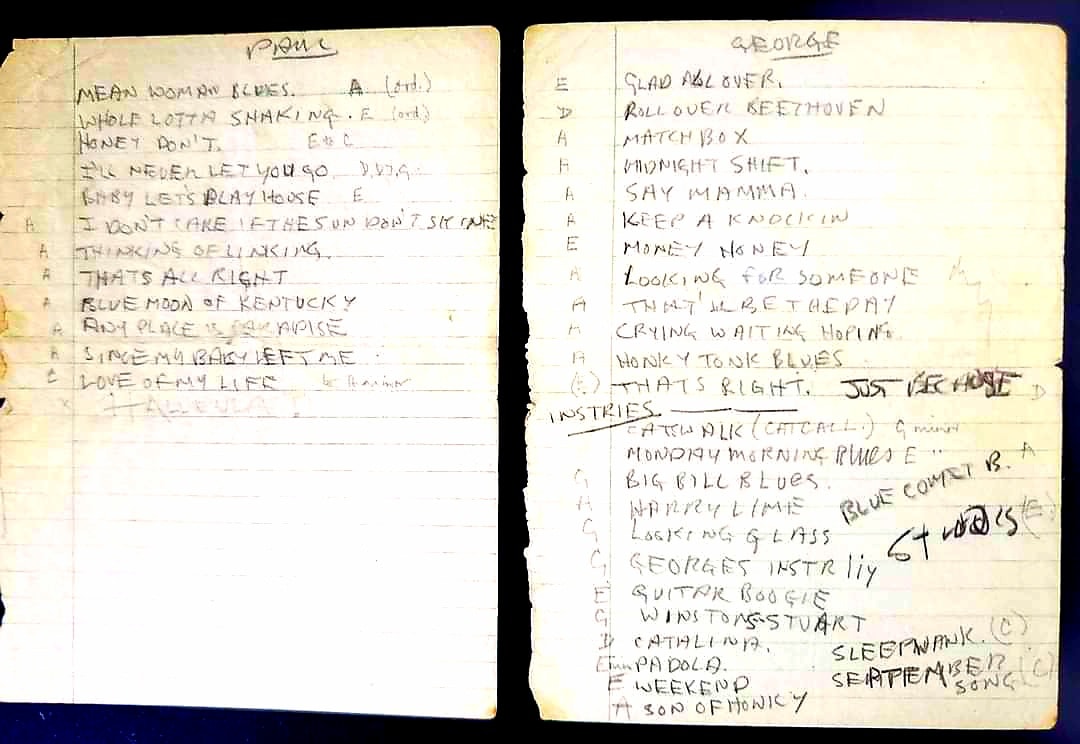 We have typed the full list out below, but our interest is particularly with the following entries:

It's also interesting that "Catswalk" has its alternative name, "Catcall", right from the start. It was named "Catcall" when eventually recorded in 1967, but here is proof that the name was not new at that point.

The remaining four tracks are titles which we could not identify, and so there is a possibility they are originals. There are numerous songs with the word 'Catalina' in the title, and this might be one of them.


Below is the entire list, typed out, with the source originals noted. By checking the vintage of the other songs we can date the list to the second half of 1959, since the latest hit recordings are Crying Waiting Hoping (Buddy Holly) and Sleepwalk (Santo & Johnny), both released in August of that year.

[note 2] There is an old song by this name, but it's not clear how McCartney would have known it. Probably the first recording was by Mississippi John Hurt, done in the 1960s. Therefore, we consider this a possible Beatles original.